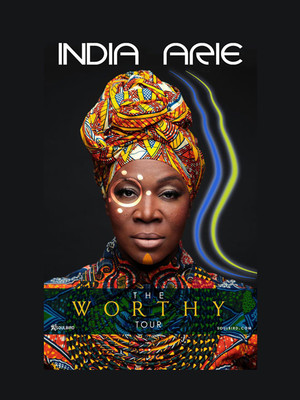 The four-time Grammy Award-winning R&B artist is back on tour with her seventh studio album, Worthy. Taking inspiration from some of the biggest voices of the Civil Rights Movement, India released the single What If, a powerful tune which promotes love and unity.

Destined for greatness at a young age India.Arie's mother was a rising star within the Motown genre, opening concerts for the likes of Al Green and Stevie Wonder! Since her breakthrough in 2001, Arie has gone onto sell over 3.3 million records in the US and over ten million records worldwide. A career that has spanned almost twenty years, Arie has become one of the most influential voices in music. Don't miss your chance to the see the icon live on tour!

India Arie’s performance was beyond our expectation. She was beautiful,... more

This was my first time at the Paramount and I am new to India Arie’s... more

Sound good to you? Share this page on social media and let your friends know about India.Arie at Louisville Palace.