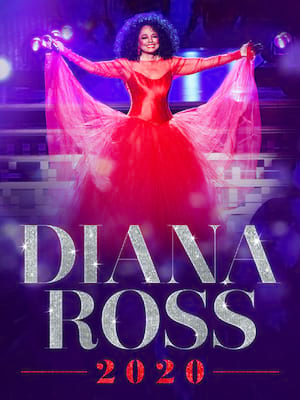 The list of Diana Ross' achievements is staggering. She's won a dozen Grammys, sold over 100 million records world wide and was Oscar nominated for her portrayal of Billie Holiday in the The Lady Sings the Blues. In 1976 Billboard named her the greatest female entertainer of the century, and there was a lot more to come from Ross after that. What really matters is that Ross remains an enthralling stage presence, a singer of such poise and remarkable vocal gifts that she's able to hold an audience in the palm of her hand from the moment she steps out into the spotlight right up until she leaves the stage.

Armed with a catalogue which stretches back some 60 years, from her work with The Supremes (Baby Love, Where Did Our Love Go?) to her solo material (I'm Coming Out, Ain't No Mountain High Enough) Ross will be touring across America.

Legend. Diva. Start to finish the show was absolutely amazing!! I loved... more

LOVED the show! Diana was her fabulous self! Her sequence gowns were... more

Sound good to you? Share this page on social media and let your friends know about Diana Ross at Louisville Palace.