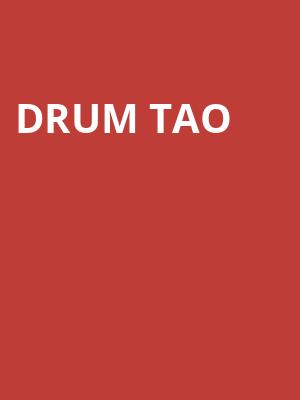 Watching Drum Tao felt like watching a drumline with the finest elements of theater, honed to precision like some kind of beat ballet..

Japan's mesmerising Tao drum and dance ensemble embark on a new tour of North America in 2020. Fusing stunning traditional Japanese dance with the rhythmic pounding of the taiko drums, Drum Tao is an incredible window into Japanese musical and artistic culture, as well as bringing influences from Indonesian, Korean and Maori traditions into the spotlight.

Formed in 1993 and based out of their own training centre in Japan's Kyushu Highlands, the Tao ensemble's international breakthrough came in 2004 when they sold out 25 consecutive nights at the Edinburgh Fringe Festival. Since then the group's global acclaim has seen them perform to over 8 million people worldwide, including a performance at the 2010 Vancouver Olympics and a sold-out tour of North America following shortly after. The 2020 tour is a 2-month run from February-April, with the visceral show passing through New York, Houston, Toronto and many more cities nationwide.

Sound good to you? Share this page on social media and let your friends know about Drum Tao at Brown Theatre.